On March 2015, Engineering UC launched the new course “Research, Innovation and Entrepreneurship” in collaboration with the Center for Entrepreneurship and Technology (CET) of the University of California Berkeley. The course challenged students to work in teams during the semester in order to develop practical solutions for problems Chile is facing in the fields of mining, retail, and energy sustainability.

The course was run by academics and important figures related to the world of innovation and entrepreneurship, including Ken Singer, Nicholas Shea, Alfonso Cruz, Jorge Sanz-Guerrero and César Sáez. Also, a team of distinguished academics supported the logistics of the course in the United States, including Carolina Arce, David Law, and Ricardo San Martín. All classes were imparted fully in english, and included real-time online streaming of dialogues between faculty in USA and students in Chile.

More than 400 students filled the auditorium at the Andrónico Luksic Abaroa Center at the UC San Joaquín Campus, while listening attentively and taking notes. Dean de la Llera opened the first class with the following words: “Entrepreneurship is one of the most difficult activities you can do in life. It is complicated and frustrating, but suddenly a light will guide your work. This will be the most challenging course you will have, by far. But the experience will be the closest to the real world. Effort will be essential.» Then, the acclaimed entrepreneur and Director of Berkeley CET, Ken Singer followed the session.

On June 2015, at the end of the semester, 65 proposals led to 12 finalist ideas. The selected teams competed for the best innovative product on a public event, which was highly attended by the UC community and documented by national media. The project «InnoHealth», which proposed a device that helps detect veins in medical exams, was rewarded with the first place. The team was granted 5 million CLP from Engineering UC to develop their idea. 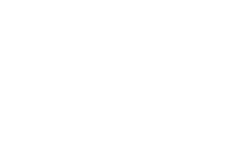